Entertainment NewsCheck Out The Spooky Simpson's Prediction From Over 2 Decades Ago On Yesterday's US Inauguration!

Check Out The Spooky Simpson's Prediction From Over 2 Decades Ago On Yesterday's US Inauguration! 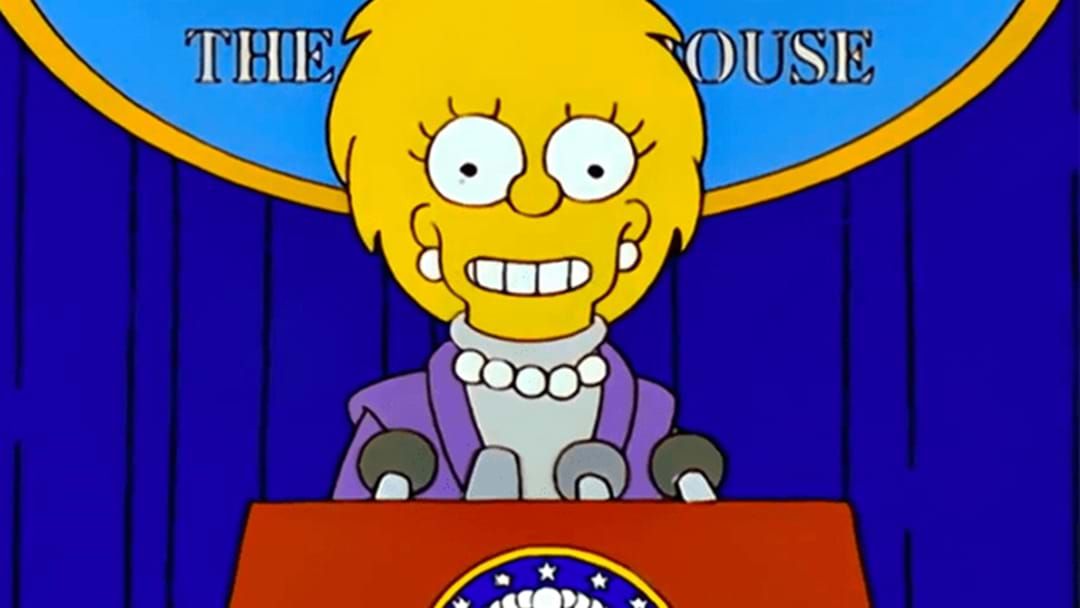 Does that picture of Lisa Simpson look familiar? Well, it should.

It's pretty much exactly what the new vice president Kamala Harris wore to Joe Biden's Inauguration yesterday and it's giving us the heebie-jeebies, in a good way, we hope.

While The Simpsons are known for their unusually accurate (or close enough) predictions this particular episode aired in 2000, yes over 20 years ago and it actually shows Lisa Simpson becoming the first female US President after taking over from Donald Trump's 'ridiculous' presidency.

The outfit worn by Lisa in that episode is pretty much exactly the same as the one worn by Kamala Harris, who became the first female woman of colour to be vice president of the United States.

Both women have been pictured side by side in matching identical purple pantsuits, matching purple top and even the god damn pearl earrings and necklace!

Creepily similar, we know. So you bet you know what we'll be doing now, looking into each episode of the show like a god damn fortune-teller's ball!